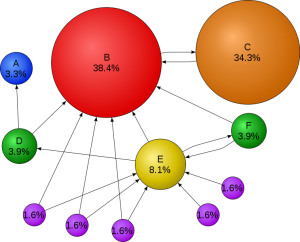 In April, the FAS and Google ended their two-year long dispute over Google’s pre-installation and self promotion of only its own products on all Android devices sold in Russia. Google eventually agreed to pay fines and adopted a non-discrimination remedy. The Android case is pending before the EU.

The press releases and media communication from the FAS in Russia make interesting reading for those following the EU position, and are set out below:

On 12.05.2017 Google paid the fine . On 9 May 2017 Google Inc. Paid a 438,067,400 RUB administrative fine imposed by the Federal Antimonopoly Service. On 27.04.2017. FAS terminated administrative proceedings against Google . The decision was due to an amicable settlement reached between the antimonopoly authority and the company.more On 10.03.2017 the Russian  Appeal Court confirmed legitimacy of the fine upon “Google Inc.”  FAS issued injunctions to hold “Google Inc.” and “Google Ireland Limited” administratively liable for failure to execute FAS injunctions. Each company had to pay 500,000 RUB.more   this followed reports over procedural issues such as that on  27.02.2017 Russian Courts will continue considering the dispute between FAS and Google  where Google took the point that the Moscow Arbitration Court was not competent to examine the case more.

In the mean time the EU has now fined Google for product placement and self promotion of Google’s own products into its search engine results page. FAS is now reported to be looking into search. The EU has its own investigation into product placement on Android in the background.

It maybe that the FAS points the way both for the settlement and the approach that could be adopted by Google.