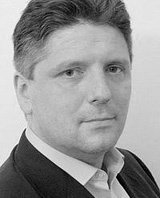 D A T Green has a mixed contentious and non-contentious practice dealing with a range of commercial, media, communications, public law, and public policy matters.

Areas of legal expertise include:

– contract and commercial law (both in dealing with disputes and in drafting / negotiating commercial agreements);

– public law and public policy (including judicial review, freedom of information, and public procurement); and

– the impact of Brexit.

– service providers, executives, creators, publishers, producers, journalists and others working in the media and communications sectors.

– acting in cases up to and including the Supreme Court and the European Court of Justice;

– being the successful appeal solicitor in the leading case on social media and criminal liability under the Communications Act;

– providing evidence at the Leveson Inquiry and before parliamentary committees;

– providing expert evidence on English commercial law before a foreign court; and

– being theTimes ‘lawyer of the week’ and one of the Lawyer magazine’s ‘Hot 100’.

Educated at a local comprehensive school and tertiary college, and then at Oxford and Birmingham Universities.

Called to the Bar by Lincoln’s Inn with Hardwicke and Sir Thomas More scholarships.

Trained as a solicitor at Baker & McKenzie before becoming a litigation solicitor at Herbert Smith and then a government lawyer at the Treasury Solicitor.

Been a consultant with Preiskel & Co LLP for over ten years.

As David Allen Green, also an award-winning writer and commentator on law and policy matters, a contributing editor at the Financial Times, and a columnist at Prospect.

Lord Justice Leveson, Report into the Culture, Practices and Ethics of the Press