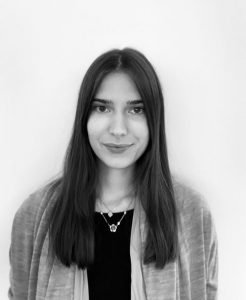 Maria is a Trainee Solicitor at Preiskel & Co and works across the corporate, commercial, competition, and media departments.

Maria has a strong academic background, holding an undergraduate degree in Law from Queen Mary University of London and an LLM in International Banking and Finance Law from University College London. She passed the LPC with a distinction at BPP University.

Her recent experience includes working with the competition team on forming and representing before the CMA a not-for-profit company representing the consortium of firms adversely affected by the Google Privacy Sandbox, assisting on debt restructuring transactions, shareholder arrangements and other general corporate law matters, assisting on commercial contracts such as SaaS, MSAs, and working with the media team on agreements for tv series and for the production of a play.