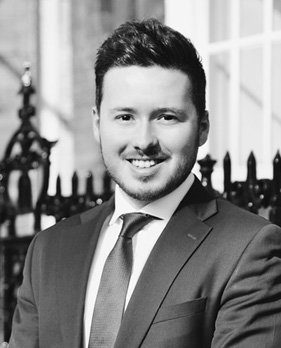 Matthew is an Associate Solicitor in the Corporate team at Preiskel & Co, advising on a broad range of projects in the technology, media and entertainment sectors.

Together with advising on UK and international mergers and acquisitions, equity investments, shareholder arrangements and other general corporate law matters, Matthew regularly provides commercial advice to clients in the entertainment sector, particularly on film and television financing, production and distribution.

Prior to joining Preiskel & Co, Matthew worked at international law firms including Reynolds Porter Chamberlain, where he qualified as a Solicitor, and Linklaters prior to commencing his Training Contract.

DRG and Dopamine announce partnership
April 3, 2020
Robert Dougans published in the Law Gazette
March 23, 2020
COVID-19 Update
March 19, 2020
Danny Preiskel will be attending MEF (Mobile Ecosystem Forum) events at the unofficial MWC in Barcelona
February 21, 2020
Our website uses cookies. Some provide anonymous analysis of how our website is used, and some are essential to make the website work. Other cookies enable personalised services or social media features to be used. By using our website, you agree to the use of cookies. You can change your cookie preferences in your browser settings. To find out more please see our Cookies Policy.OKCookie policy