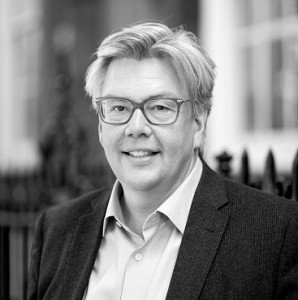 Tim led BT’s competition law and public policy team for many years. He led the team advocating liberalisation of the EU market and the system of law that promotes competition among telecommunication and technology companies. From a deep understanding of the reasons for the law he now spends about half of his time on policy and the reasons either for reform or reinforcement of the system.

He has dealt with almost every type of case in telecoms and competition law – advising on the application of the law and leading transactions and litigation. For example he has acted on all major merger cases affecting the sector – either for parties to transactions or third parties affected by them. Recent cases include Tobii / Smartbox, TCB/Quidco, as well as representing players in the leading cases such as WhatsApp/Facebook and Google/DoubleClick, AT&T/ T Mobile, BT/EE and H3G/O2.

Tim has dealt with many abuse of dominance cases and anti-competitive practices both for defendants and plaintiffs. For example, he currently represents a range of companies in the EU Commission’s ongoing investigations of Google’s abuse of dominance in online search and AdSense and the bundling of applications with the Android operating system; for which the Commission imposed record fines. Other notable cases involve his successful defence of information technology suppliers in the OFT’s 2013-14 investigation of an alleged supplier cartel, and spearheading IT companies’ concerns that led to IBM’s settlement of the EU Commission’s investigations in 2011.

He is currently representing a range of companies in damages cases for breach of competition law.

Current and past positions include:  Founder of The Open Computing Alliance, Board Member of the International Institute of Communications, Board Member Bingham Centre for the Rule of Law, Founder member Competition Law Forum British Institute of International and Comparative Law, Trustee, Armitt Foundation, Past Member of the Competition Appeal Tribunal, Past Chairman, Competition Panel, Confederation of British Industry and Past Chairman, International Association of Commercial and Contract Management. He was awarded the title of ‘Distinguished Visiting Fellow’ at the European Business School in London and has lectured as a visiting professor at the City of London Law School, and at Imperial and Queen Mary Colleges in London. He is a Barrister and holds an MA (Cantab) in law.

“One source comments: ‘He has a strong knowledge of technology, which, combined with his legal knowledge, just blows you away’”

“Timothy Cowen is ‘very knowledgeable, sensible and has a particular focus on tech and therefore a very good understanding of that sector.’”